In the 17th and 18th centuries, Upper Canada was crisscrossed with native trading trails that became the routes the early white settlers would follow (Jaeger 21). However, the land they passed through was sparsely populated until the years following the American Revolution when a tract of land was granted for resettlement by the Six Nations, who were facing hostility in their original American homelands (24-25). Sections of this tract were set apart by Joseph Brant for white settlement around 1800 (Jaeger 23), many of them crossed by these trading trails.

The first settlers into the area that would become Mount Pleasant were driven by the American Revolution too. Loyalists began streaming into Canada fleeing the United States in the 1780s (Jaeger 28), continuing on through the next decade and later. Among these were the founders of Mount Pleasant – the Ellis family and their neighbours, the Sturgis family, both from the Susquehanna area in Pennsylvania.

Henry Ellis and his family were Loyalists who had supported the British during the Revolution (Jaeger 33), which placed them in conflict with the local government. Henry Ellis, who was a weaver, was originally from Mount Pleasant in Wales and would name the new village in honour of his original home. The Sturgis family, meanwhile, had sided with the Patriots, and Amos Sturgis had fought with Washington as a Captain (33).

Both families were badly harmed by the war. They suffered great losses when their properties were damaged, leaving the Sturgis family “nearly destitute” (Jaeger 33), and they were having difficulty negotiating these claims with the new state government. As a result, both families decided to leave Pennsylvania to resettle in British North America. 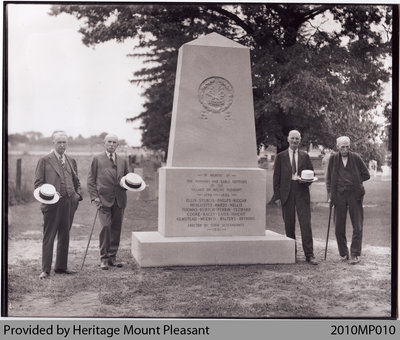 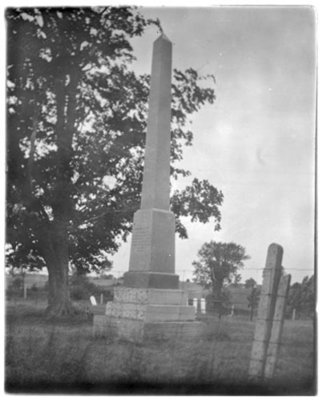