In the mid 1800s, Grey and Bruce counties consisted of forests, small farms, and dirt concession lines. These roads were mostly for local travelling and many were poorly maintained. However, by the 1860s these roads became inadequate for the increasing amount of commerce taking place in the region and a solution was needed for cheaper, more efficient transportation.

Many proposals were made to the Provincial Railway Committee before one was finally accepted in 1868. The original plan for the route was changed several times during construction due to some townships purposefully raising real estate prices while others began offering money to attract the railway. The final constructed track ran straight from Toronto to Owen Sound, with a branch at Orangeville towards Mount Forest and eventually Teesewater.

Construction began in 1871 with workers clearing the land as they went. The track to Owen Sound was completed in June of 1873 and the Teesewater line in 1874. Financial difficulties plagued the project before it was completed but the railway boosted the economy of every area it touched.

Problems arose when the narrow gauge track, which was chosen for its conservative use of materials and adaptability to terrain, proved too small to carry the increased volume of passengers and freight. At a large expense, the entire track was replaced by a standard gauge in 1881.

During this time the operation of the T.G.&B. was turned over to the Grand Trunk Railway of Canada, who handled the gauge transfer and supplied the standard locomotives. Soon after, Grand Trunk was forced to sell it's interests to the Ontario & Quebec Railway – a “paper” company of the Canadian Pacific Railway.

By the 1910s, passenger service was being phased out one location at a time along the railway and eventually all service was cancelled November 1970. 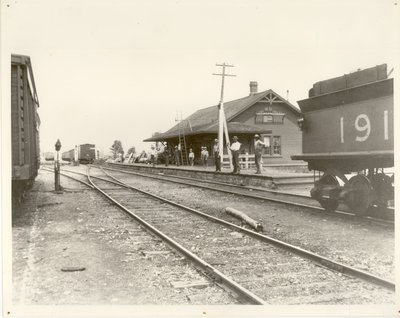 Ceylon Station Details
The track skirted Flesherton in a wide loop when leaders thought they could line their pockets and raised the price of land. Originally called the Flesherton Station, the name was changed to Ceylon as the hamlet around the station grew. 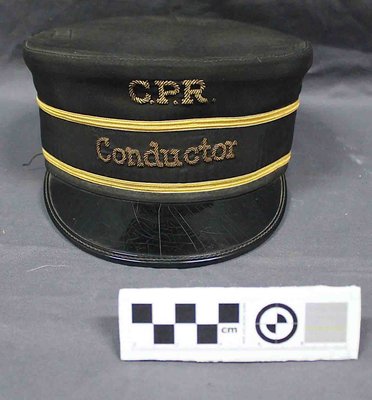 CPR Conductor Cap Details
The Conductor was considered the captain of a train. It was his duty to look after staff and make sure the train ran on time. The Trainman would be his assistant. 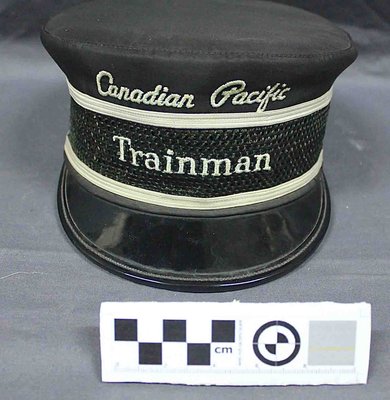 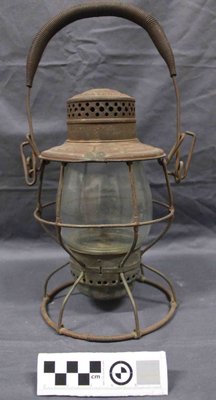