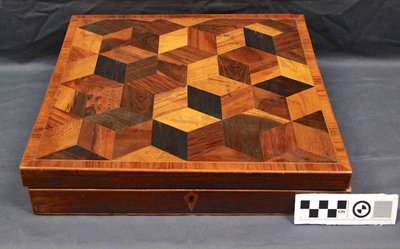 Lieutenant Governor Simcoe's Table Top Desk Details
John Graves Simcoe was the first Lieutenant Governor of Upper Canada. Simcoe's plans to overhaul the political and societal structure of the mostly unsettled province were so extreme that most thought him impractical. He arrived in 1791 and only stayed for 4 and half years, but in that time he accomplished great tasks such as founding York (Toronto), instating county run Militias, and passing an Act against Slavery in 1793.
The people of Upper Canada were so grateful for his work that they gifted him this handcrafted desk, made from various kinds of local wood. He brought it with him on his return to England.

66' Survey Chain Details
The oddly specific length of 66" is actually the exact width of the road allowance (or the distance between each fence on either side of the road). This chain would be used to keep the space needed for roads and ditches uniform while surveying plots of land. 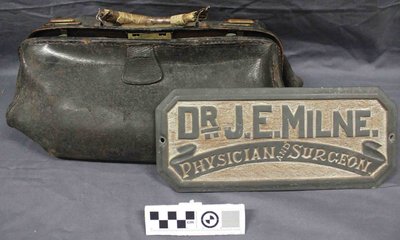 Dr. Milne's Sign and Medical Bag Details
John graduated in medicine from the University of Toronto in 1925. He began practicing in Priceville the following year but moved to Flesherton in 1929. He was an active member of the community, serving as a township medical officer, as chairman of the Board of Trustees of Flesherton District High School, and even as doctor to the local hockey team.
Dr. Milne retired from practice in 1949 and was with the Ontario Department of Health until his death in 1963. His residence still stands in Flesherton on Durham Street at the end of Alice Street. 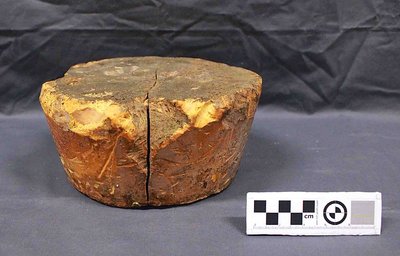 100 year old Beef Tallow made by Frank Eagles of Flesherton Details
Made by rendering the particularly hard fat found around a cow's kidneys and letting it harden in a dish or pan. Melt either mutton or beef tallow and mix it with equal parts of melted beeswax and rub this into hides. The mixture could also be used to make soap or rubbed into shoe leather to keep water out of boots and keep them soft for at least two months. 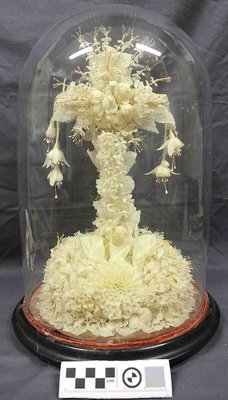 Wax Cross Details
This cross is entirely decorated with delicately modelled wax flowers and leaves. It is over 130 years old.
It once belonged to Lavinia (Ferris) Wiley who was born in 1868 in Kimberly. She and her husband Samuel Wiley lived on the farm on top of Talisman Mountain. 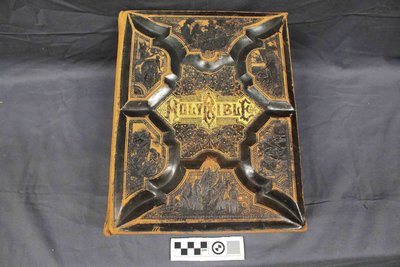 Stewart Family Bible Details
Apart from being used for scripture, family bibles were also a record of all the births, deaths, and marriages in a family. This makes them very precious family heirlooms as well as important historical records. This particular book is 4.5" thick and was also used to press flowers 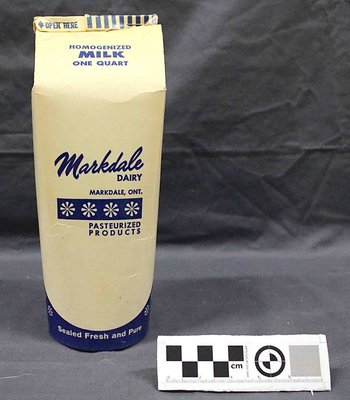