In 1822 a man named Christian Nafziger travelled from Bavaria Germany to Canada. He was searching for new land for his friends and family. He was directed to the area in south western Ontario that is now called Wilmot Township.

When he arrived in the unsettled Wilmot Township he could see the abundant forests filled with black walnut trees, the flowing Nith River, and the rolling hills. He was inspired, and excited to move his family to this new country filled with many possibilities!

So he travelled to Toronto to buy the land that he saw, from Governor Maitland. The Governor was interested in what Christen Nafziger had planned. So he sold him the land for $5.00 an acre, and he offered him 50 acres for free provided that the settlers would clear a strip of land along the front of their properties for a road.

The pioneers of Wilmot Township worked hard to carve out a new home in a very new Country. They cleared the land, cutting down trees and tilling the earth to make room for new log cabins and thriving farmland, crops of wheat, barley and corn. It was difficult to build new lives in Canada, they only had the light of the sun to work by, and so they would wake up when it had risen in the morning and only stop working after it had set for the day.

The pioneer settlers built three main roads. The first was Oberstrasse, which is a German word meaning “Upper Street”, and is called Erb’s Road today. The second road was Mittlestrasse, which means “Middle Street”, and today is known as Snyder’s road. The third road was Unterstrasse meaning “Lower Street”, and is now named Bleam’s Road. Today Erb’s, Snyder’s, and Bleam’s road are connected by a road called Nafziger road, which is named after Christen Nafziger.

The pioneers that settled Wilmot Township were brave and determined people. It is due to their hard work that this township is such a wonderful place to live today. 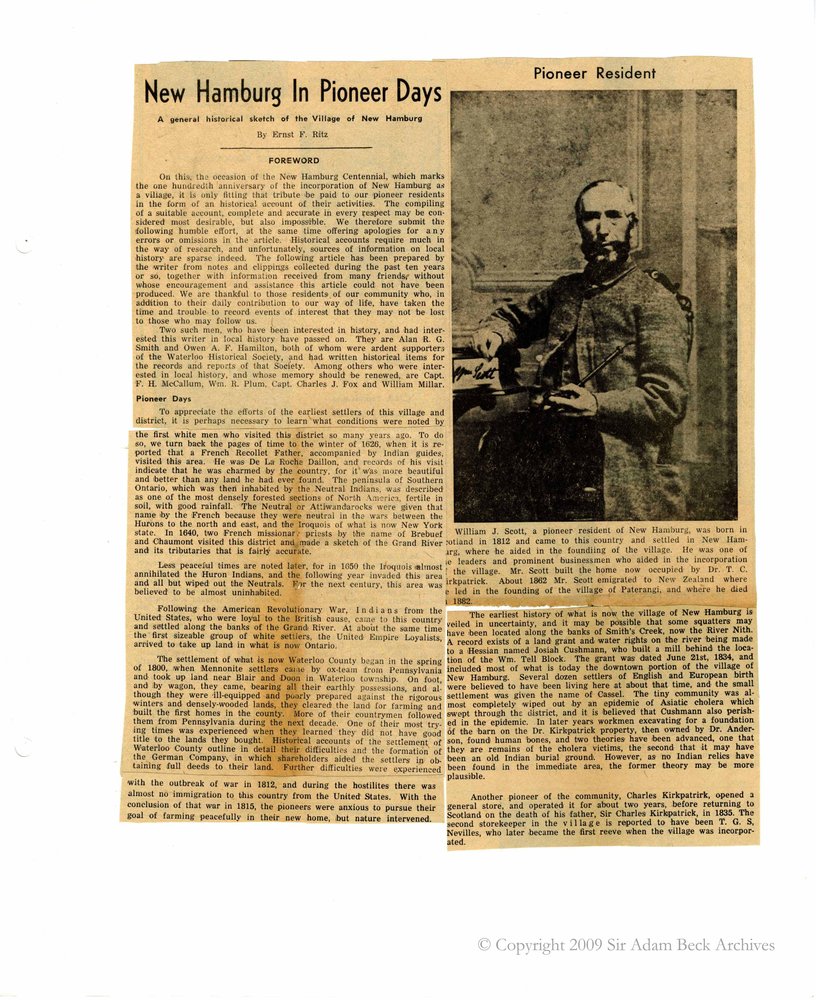 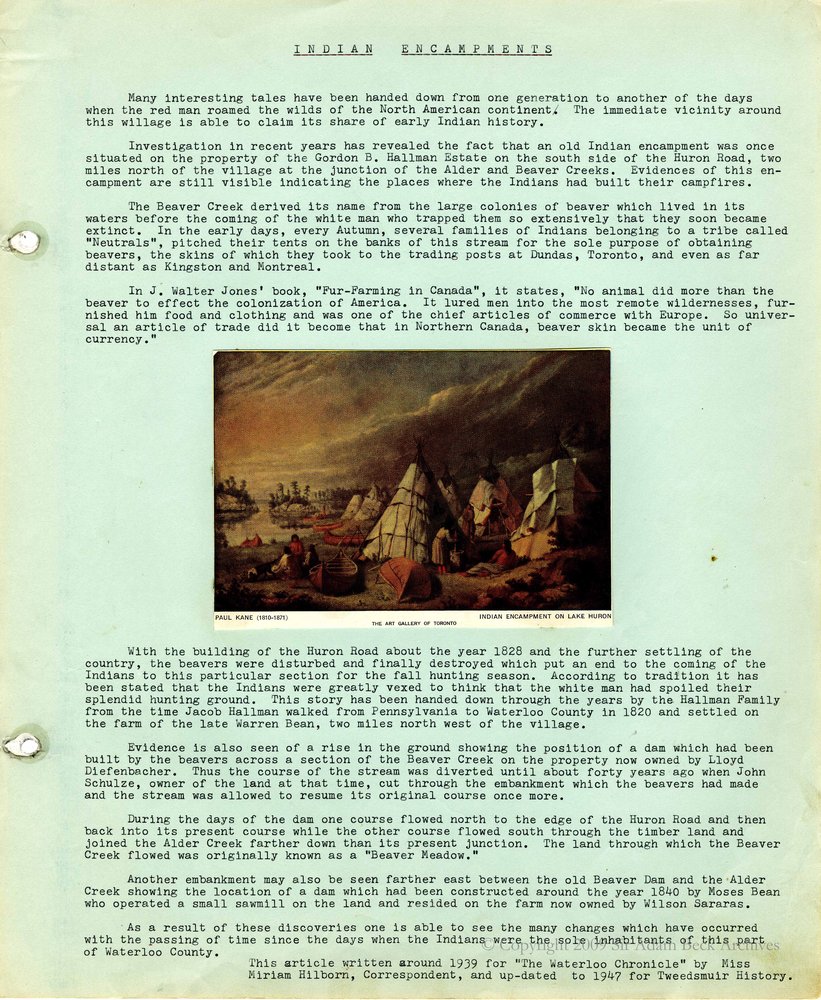