Agnes Macphail
Main Menu → Previous Panel → Next Panel
Personal Life
Panels
AgnesEarly LifeTeachingPoliticsPersonal LifeMore
Aggie's life in Ottawa wasn't entirely dominated by work. She maintained a passion for dancing and loved a good party. Though she wasn't one to accept an invitation simply for political reasons. She was self-reliant and didn't need to impress anyone, especially colleagues who looked down on her.
Depending on who you asked, Agnes was either an attractive and kind woman or severe, angular and plain. A general consensus is that she was generous, kind and thoughtful with a quick wit and a good sense of humour. Agnes saw herself as a plain woman, not cut out for romance. She had many suitors during her life, devoted men who adored her, but she rejected them all, always thinking of her career.
When she wasn't reelected in 1940, Macphail continued to give speeches at schools and churches, farmers' groups and ratepayers' gatherings to promote her causes and present new topics to communities. For a time she wrote a column for the Globe and Mail until she was asked to run in North York.
Agnes was unable to find good work after she left the political sphere in 1951 and decided she should finally visit her roots in Scotland. When she returned, the Prime Minister, Louis St. Laurent, agreed to give Agnes a place on the Senate. She refused, believing it to be a retirement home for doddering old men.
Miss Macphail's health had been declining ever since she joined Parliament; she suffered from several attacks of cerebral thrombosis after 1950. Her health took a final plunge when she had a heart attack and died in Wellesley Hospital, Toronto, on February 13, 1954. 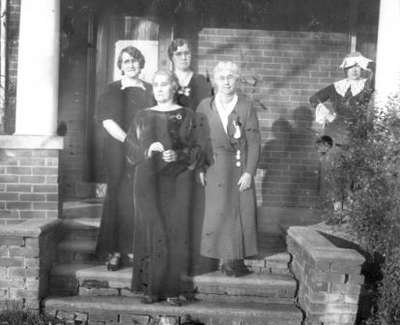 Agnes Macphail with her mother and supporters Details 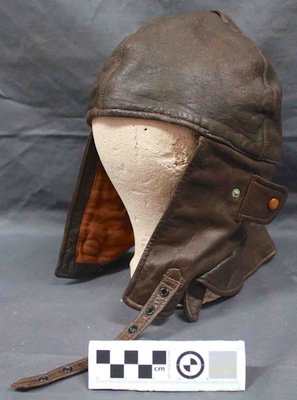 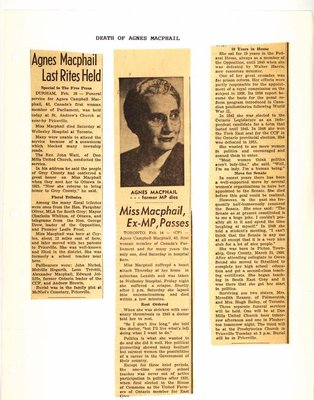