Creator
Monty Roth, Photographer
Media Type
Image
Item Type
Photographs
Description
Digital Photograph of 119 Brock Street South.
Notes
119-121 Brock Street South were built in 1880 following the Great Fire of 1877 and known as the Glasgow Warehouse. The building was owned by R. and J. Campbell and they sold groceries in 119 and clothing in 121. They operated the store until 1892 when 119 was purchased by Matthias Collins of Collins Shoes. 121 became a furniture store owned by E.J. Johnston. He occupied the store from 1900 to 1904 at which point it was purchased by James Nicholson and Cephas Seldon of Nicholas and Seldon, furniture makers and undertakers. They were at this location until 1936.

[more details]
Copyright Statement
This item is protected by the Canadian Copyright Act and is intended for one-time use only. Uses other than research or private study require the permission of the rightsholder(s). It is your responsibility for obtaining these permissions.
Copyright Holder
Monty Roth
Contact
Whitby Public Library
Email:archives@whitbylibrary.ca
Website:
http://www.whitbylibrary.ca/archives
Agency street/mail address: 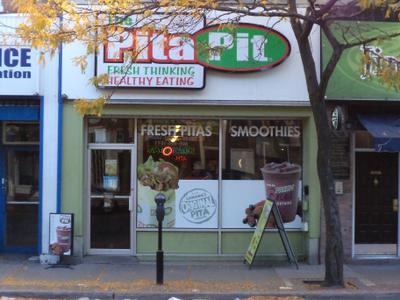