This Arts-and-Crafts style home, located on Oakland Road, was built circa 1910.Two original stain glass windows still stand beside the front door. A lot of the original features are well-maintained and much has been restored to its former glory.

???? - Closed down Hunter Lumber. Another company purchased it1

Bottom part used to be a chicken coup – now a storage room and top part is garage. Still has original door.

Barn door is original. Was a cow barn. 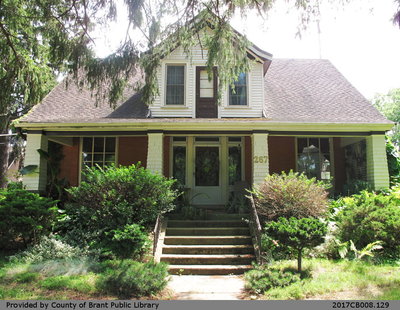