Arthur’s first posting was to HMS Ajax which was based at the Falkland Islands and was on patrol off the coast of South America at the start of World War Two. On September 4, 1939, the Ajax intercepted German merchant ships Karl Fritzen and Olinda and on September 5 Ussukma. On December 13 the Ajax was one of three cruisers that engaged the German ‘pocket battleship’ Admiral Graf Spee. The famous Battle of the River Plate earned its place in history as the first Allied Naval victory of World War Two.

Arthur also saw action on Russian and Atlantic convoys and in the Mediterranean during World War Two. He completed his full time service but stayed on for an additional ten years at Portsmouth. His service included that of Careers and Cadet Training Officer and by 1956 he was Lieutenant Commander.

Due to ill health Arthur moved to the Spanish island of Majorca with his second wife in 1976. He passed away on September 18, 1991 but is survived by his first wife and their children, two daughters and three sons.
Geographic Coverage
Copyright Statement
Copyright status unknown. Responsibility for determining the copyright status and any use rests exclusively with the user.
Location of Original
Original document and image located in the Ajax Archives.
Contact
Ajax Public Library
Email:libraryinfo@ajaxlibrary.ca
Website:
http://www.ajaxlibrary.ca
Agency street/mail address:
55 Harwood Avenue S.
Ajax, Ontario
L1S 2H8 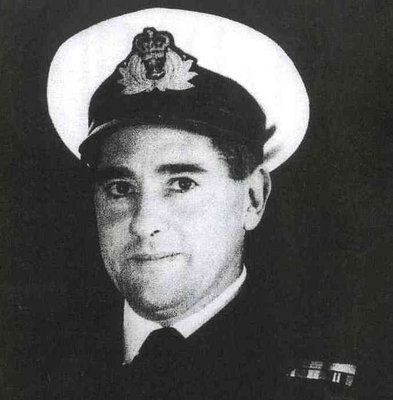