John Garrard was born on May 8, 1922 in Spalding, Lincolnshire. He joined the Royal Navy at the age of 15 on September 13, 1937 and began training onboard HMS Ganges in Harwich Harbour. His best friend from childhood, Albert Smith joined weeks after John and they served together often throughout their lengthy careers. In total John served over 15 ships. HMS Ganges was his first ship and his last. He returned to her in the 1950s as a Chief Petty Officer Instructor.

John was seventeen years old at the Battle of the River Plate and served the Ajax for two years. At the start of the Battle John was up the mast and noticed the smoke from the Graf Spee. He and friend Albert Smith then worked at supplying ammunition to the ship’s guns. In the end only three were in action.


John married Jean and had one daughter, Fiona. He was officially discharged from HMS Victory on his 40th birthday on May 8, 1962. After service in the Royal Navy he worked with the National Health Service as an Ambulance attendant. 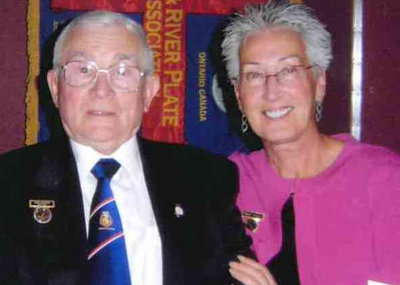