David Clark was born in Girvan-in-Ayrshire, Scotland but lived most of his life in England. Work was difficult to find in 1934 so he joined the Royal Marines at the age of seventeen and served 25 years on a variety of ships. One such ship was HMS Phoebe, an anti-aircraft cruiser that was twice torpedoed during the war. His war service ended aboard the heavy cruiser HMS Suffolk, in the Far East.

David spent time on loan to the New Zealand Navy after the war and ended his naval career aboard the cruiser HMS Newfoundland in 1958 at the rank of Colour Sergeant. After leaving the Navy he worked for 20 years in the prison service then five years doing security work for Cinzano, the beverage company, before retiring. He and his wife Isabella had one son and two grandchildren. 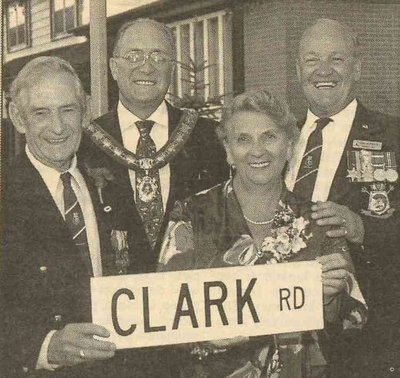