Thomas, or Brock as he was known, was born on February 15, 1920 in Westgate-on-Sea, Kent, the eldest of three children. He attended St. Ethelbert’s school until he was 14 years of age and then went to work. He first worked at Austin’s, the local greengrocer’s store and then moved onto MacFisheries, the fishmongers.

Both Brock, and his brother Frank, followed their father into the Royal Navy. At age 18, he was serving as a stoker on HMS Ajax during the conflict with the Graf Spee. During his time in the Navy he also visited Jamaica, the Falkland Islands, Buenos Aires, the Mediterranean and the North Atlantic seas.

Brock went on to serve on HMS Cumberland, Superb, and Solebay. It was while he was a Petty Officer on HMS Superb that he married Ivy Gifford at Newbury on December 17, 1949. He left the Royal Navy in 1952 and briefly worked at Harwell before moving to Southampton with Ivy and their young son Colin. He worked for two engineering firms in Southampton, Skinners and Vero Electronics before retiring in 1980. In his retirement, he devoted time to his allotment where he grew most of the fruit and vegetables for the family, until failing eyesight made this too difficult. Ivy and Brock also enjoyed many holiday cruises.

Brock passed away on December 30, 2005 after a two year battle with leukemia. 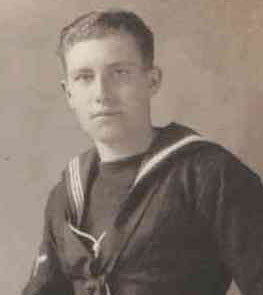