Desmond Dreyer was born at Cheriton, Hampshire on April 6, 1910. He was the younger son of Admiral Sir Frederic Dreyer, himself a gunnery specialist. He went to Dartmouth Naval College at thirteen years old. A midshipman in 1927, he qualified in gunnery in 1936 and joined HMS Ajax in 1937. For his actions during the Battle of the River Plate he received the Distinguished Service Cross.

In 1940 Desmond became gunnery officer in an anti-aircraft cruiser squadron and took part in that year’s Norwegian campaign. After a year on the Home Fleet staff, Dreyer became gunnery officer on the battleship Duke of York in 1942, in time for the ‘Torch’ landings in French North Africa in November. The last two years of the war were passed in the Admiralty’s gunnery division.

Post-war, Desmond was second in command on HMS Vanguard, Britain’s last battleship. In 1956, he was chief of staff to the Commander in Chief, Mediterranean, at Suez. He was made CBE for this, and as a rear-admiral served as assistant chief of naval staff. He commanded Commonwealth naval forces in the Far East as a vice-admiral in 1962, during the ‘confrontation’ with Indonesia, for which he was knighted.

A full Admiral from 1965, Dreyer was Second Sea Lord in charge of personnel when, like the rest of the board of Admiralty, he resigned over Labour’s decision to dispense with aircraft carriers. The First Sea Lord, Admiral Sir David Luce, however, de-creed that his own resignation would suffice. Dryer became the first Ministry of Defence chief adviser on personnel and logistics, his final post before leaving the Navy in 1968.

Dryer’s first marriage in 1934 was to Elisabeth, daughter of Sir Henry Chilton, GCMG, who died in 1958. In 1959 he married Marjorie Whiteley, who died in 1997. He is survived by the son and daughter of his first marriage. In retirement he was noted for his gentleness and devout Christianity, a man much loved by not only his large number of great grandchildren but by all the community of his native village of Cheriton, Hampshire, who celebrated his 90th birthday by ringing the church bells.
Geographic Coverage
Copyright Statement
Copyright status unknown. Responsibility for determining the copyright status and any use rests exclusively with the user.
Location of Original
Original document and image located in the Ajax Archives.
Contact
Ajax Public Library
Email:libraryinfo@ajaxlibrary.ca
Website:
http://www.ajaxlibrary.ca
Agency street/mail address:
55 Harwood Avenue S.
Ajax, Ontario
L1S 2H8 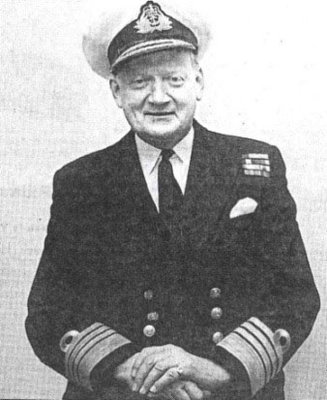