Peter John Macey was born on November 9, 1924 to parents Samuel Macey and Mary Ann Payne in Kennington, Ashford, Kent. In 1939 his brother Robert served HMS Ajax and was involved in the Battle of the River Plate. In January 1942, at the age of eighteen Peter joined the Royal Marines and began training at the shore establishment in Chatham.

Peter’s first ship served was HMS Ajax, joining her crew on October 23, 1942. It was at this time that the cruiser had completed repairs and refits at Chatham Dockyards and returned to the Mediterranean where she and her crew saw considerable action. Almost immediately the Ajax was damaged by bombing, sent to the United States for repairs at the New York Navy Yard, and was out of action until October 1943. The crew again returned to the Mediterranean but was recalled to home waters for the Normandy invasion in June. By August, they found themselves back in the Mediterranean for the invasion of southern France.

After serving HMS Ajax, Peter joined the prestigious Special Boat Service. Established in 1940 it was Britain’s maritime special forces unit of highly trained men. The primary tasks of the SBS were to undertake daring, undercover raids, sabotage and reconnaissance from small boats, canoes and submarines during WW2.

After the war Peter worked as a Heavy Goods Vehicle lorry driver and as a machine operator in a rubber factory. He married Louisa Maud Hughes on July 24, 1948 at St. Mary’s Church in Kennington and they had five children; Linda (1949), John (1953), Susan (1957), Janet (1958) and Jennifer (1960). He had twelve grandchildren and at the time of his death, one great granddaughter and another one on the way.

Peter Macey died on April 26, 1998 in Canterbury, Kent at the age of seventy three.

Macey Court is shared with Peter’s brother Robert Douglas Macey who served HMS Ajax during the Battle of the River Plate. 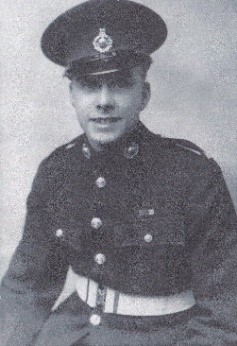