Media Type
Text
Item Type
Calendars
Description
The calendar was produced by the Toronto Women's Liberal Association for 1924 and sent from William Lyon Mackenzie to C. Mortimer Bezeau. It features images and quotes from important Liberal Party members, as well as marked dates in Canadian and Liberal Party history. 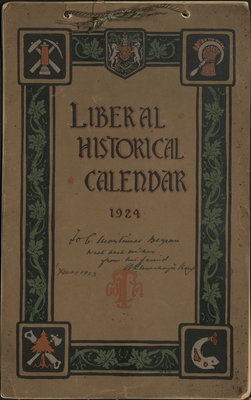