Artist description: This is the original main plant for the Seagram's Brewery on Erb Street. The building on the left houses the Seagram Museum, which was open to the public until 1997. The train use to go to St. Jacobs and Elmira.

Woldemar Neufeld died on November 24 from complications of Parkinson's disease, shortly after his 93rd birthday.
Date of Original
1980
Image Dimensions
Image Width: 17.3in
Image Height: 28.3in 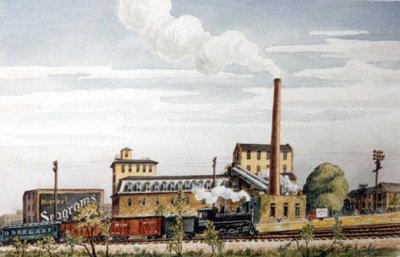