Artist description: The white steam means that the steam was released after it was used. In the newer tugs that steam is cooled into water and reused. The old system requires frequent stops to take on more water.

Woldemar Neufeld died on November 24 from complications of Parkinson's disease, shortly after his 93rd birthday.
Date of Original
1967
Image Dimensions
Image Width: 18.5in
Image Height: 12.5in 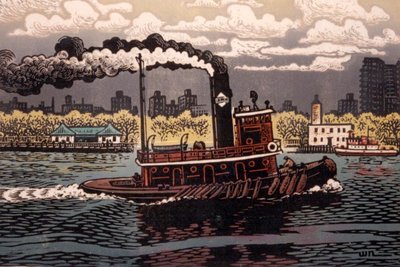