Artist description: That lighthouse in the distance is not an official light and does not guide any ships. It was built by an inmate in the hospital with his own money.

Woldemar Neufeld died on November 24 from complications of Parkinson's disease, shortly after his 93rd birthday.
Date of Original
1970
Image Dimensions
Image Width: 18in
Image Height: 10.4in 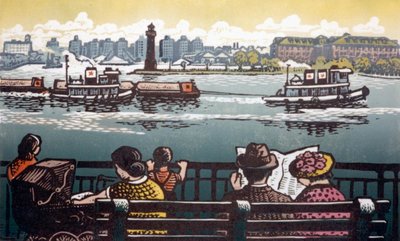