Media Type
Image
Item Type
Photographs
Description
Black and white photograph of two female Waterloo Lutheran University students in a residence room. The women are seated on a bed. Posters are hanging on the wall behind them.
Notes
Photograph appears in the 1973 Keystone. 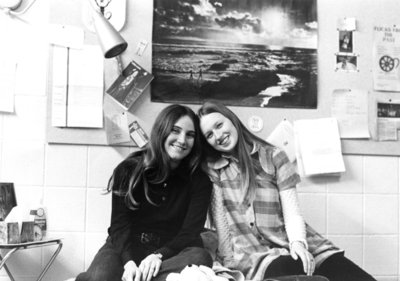