The Wilfrid Laurier University Library, a seven storey building located on the main campus, was constructed in three phases. Initial construction began in 1964, and the three storey Library opened in 1965. Construction phases 2 and 3, completed in 1971 and 1984, added the fourth through seventh floors. A major renovation took place in 2002.

In 1999 a second campus, Laurier Brantford, opened in Brantford, Ontario. In 2006 the Faculty of Social Work moved to a century-old building in downtown Kitchener.
Inscriptions
Front, in marker: PAGE - 218 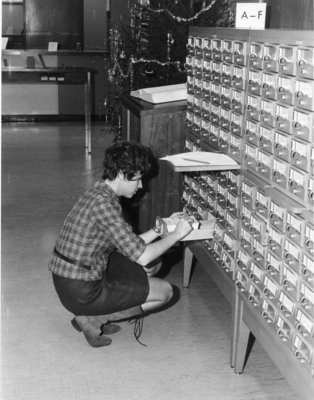