Media Type
Image
Item Type
Photographs
Description
Black and white photograph of Conrad Hall, the women's residence at Waterloo College.
Notes
This was the original campus building when the Evangelical Lutheran Seminary of Canada opened in 1911. Through the years the building was used for many different purposes. In 1952 the building was renovated and became the first permanent women's residence on campus. In 1954 it was officially named Conrad Hall in honour of Clara Conrad, long-time president of the Women's Auxiliary. The building was demolished in 1963 to make room for the new Waterloo Lutheran Seminary building. 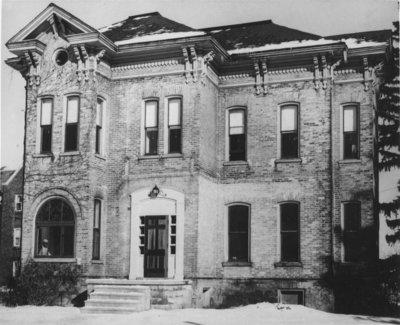