Media Type
Image
Item Type
Photographs
Description
Black and white aerial photograph of the Waterloo College campus in Waterloo, Ontario. The photograph was taken from the west. Albert Street runs along the bottom of the image.
Notes
The photograph is damaged. 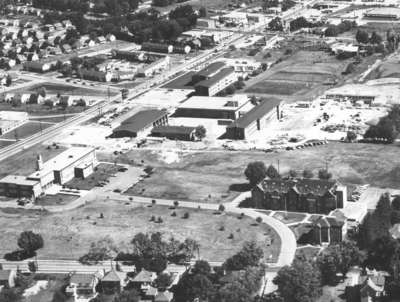