The Fulbright program provides funding to exceptional scholars from around the world to spend time at academic institutions in the United States to collaborate and contribute to research, as well as to teach.
Notes
Wilfrid Laurier University is a public university in Waterloo, Ontario. Laurier traces its roots to 1911 with the founding of the Evangelical Lutheran Seminary of Canada, the first Lutheran seminary in Canada. 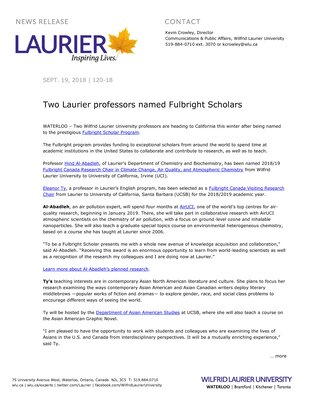