Includes information about the event and the Centre for Women in Science.
Notes
Wilfrid Laurier University is a public university in Waterloo, Ontario. Laurier traces its roots to 1911 with the founding of the Evangelical Lutheran Seminary of Canada, the first Lutheran seminary in Canada. 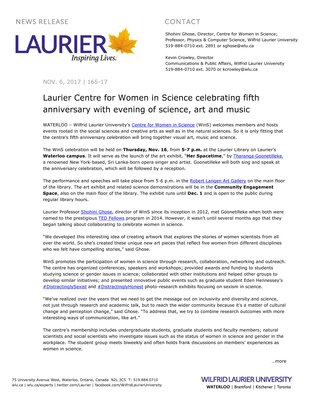