The trees will be planted adjacent to Laurier’s Aboriginal Student Centre on Albert Street, and will include national and provincial emblem trees and symbolic First Nations trees such as eastern white pine, sugar maple, silver maple and red maple trees.
Notes
Wilfrid Laurier University is a public university in Waterloo, Ontario. Laurier traces its roots to 1911 with the founding of the Evangelical Lutheran Seminary of Canada, the first Lutheran seminary in Canada. 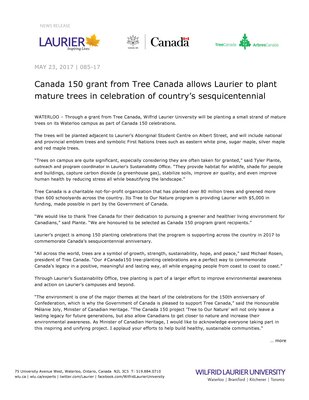