Presented by the Intercultural Students’ Association of Brantford (ISAB) in partnership with Laurier International, the gala is an avenue for international students to connect with Canadian students while also celebrating their culture.
Notes
Wilfrid Laurier University is a public university in Waterloo, Ontario. Laurier traces its roots to 1911 with the founding of the Evangelical Lutheran Seminary of Canada, the first Lutheran seminary in Canada. 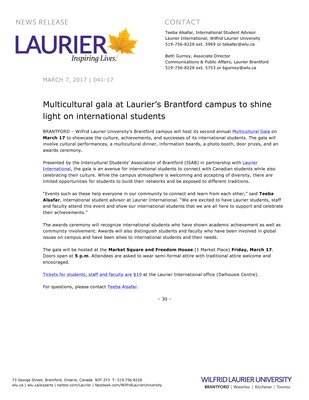