Artist description: This is a foot bridge crossing a narrow path to a cul-de-sac in Carl Schurz Park.

Woldemar Neufeld died on November 24 from complications of Parkinson's disease, shortly after his 93rd birthday.
Date of Original
1974
Image Dimensions
Image Width: 18in
Image Height: 12in 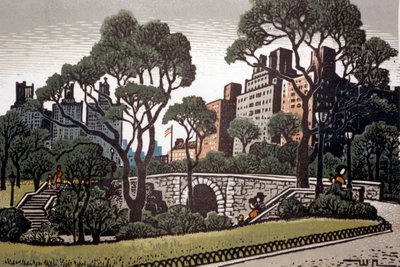