Artist description: This subject is the direct opposite to End of the Road. It is the Cleveland elegant concert hall. It was made later for a series of Cleveland land marks to be made in post cards.

Woldemar Neufeld died on November 24 from complications of Parkinson's disease, shortly after his 93rd birthday.
Date of Original
1941
Image Dimensions
Image Width: 5.9in
Image Height: 8.9in 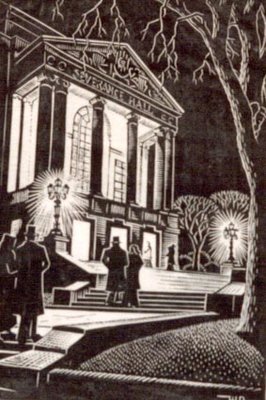