Media Type
Image
Item Type
Photographs
Description
Colour digital photograph of Wilfrid Laurier Universiyt President Robert Rosehart cooking pancakes in the Concourse. He is participating in the Pancake Tuesday fundraising event. On the left side above his head, there is a pancake in the air that he has just flipped.
Notes
Wilfrid Laurier University is a public university in Waterloo, Ontario. Laurier traces its roots to 1911 with the founding of the Evangelical Lutheran Seminary of Canada, the first Lutheran seminary in Canada. 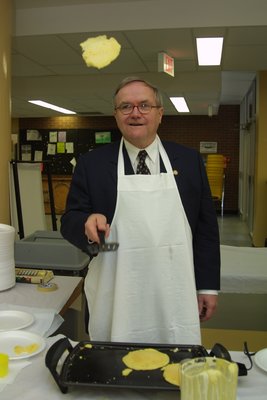