Little, Carroll Herman
, Recipient
Media Type
Text
Item Type
Certificates
Description
Roanoke College certificate of first distinction presented to C. H. Little on June 15, 1892. The certificate states that Little achieved an average grade of 96.29 on his final examinations, and is signed by the college president.
Notes
-- The certificate is damaged. 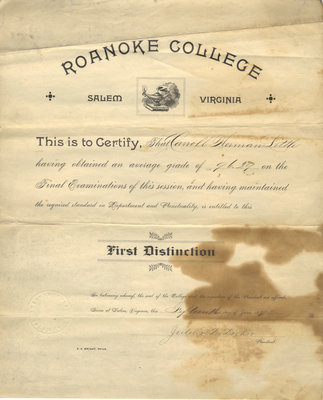