Media Type
Image
Item Type
Photographs
Description
Black and white photograph of members of the Keenagers Club of the Lutheran Church of Our Saviour in Owen Sound, Ontario. The men and women are posed inside the church building.
Notes
Eastern Synod of the Evangelical Lutheran Church in Canada is one of five synods of the Evangelical Lutheran Church in Canada, consisting of more than 200 member congregations and 78,000 baptized members. The territory of the Eastern Synod runs from Sault Ste. Marie, Ontario to Halifax, Nova Scotia. 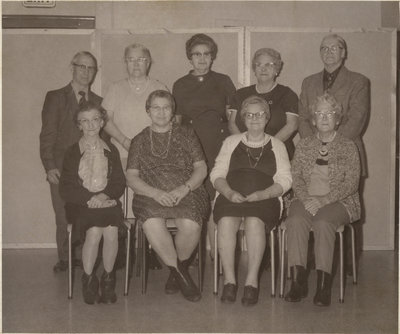