Media Type
Image
Item Type
Photographs
Description
Colour photograph of a male Radio Laurier disc jockey. He is sitting in front of the control panel while speaking into a microphone. He is wearing headphones.
Notes
Wilfrid Laurier University is a public university in Waterloo, Ontario. Laurier traces its roots to 1911 with the founding of the Evangelical Lutheran Seminary of Canada, the first Lutheran seminary in Canada. 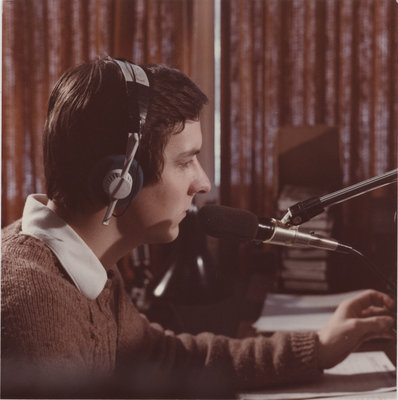