Media Type
Image
Item Type
Photographs
Description
Black and white group photograph of men and women standing outside of Trinity Lutheran Church in Hamilton, Ontario. They are delegates attending the convention of the Luther League of the Western District of the Canada Luther League.
Notes
Appears on the cover of The Canada Lutheran, vol. 2, no. 5, November 1913 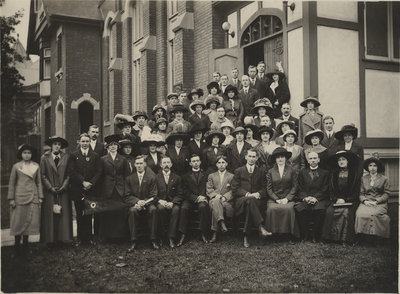