Media Type
Image
Item Type
Photographs
Description
Black and white photograph of the exterior of St. Peter's Evangelical Lutheran Church in Preston, Ontario. A car is parked in front of the church.
Notes
The bottom half of the photograph is blurry. 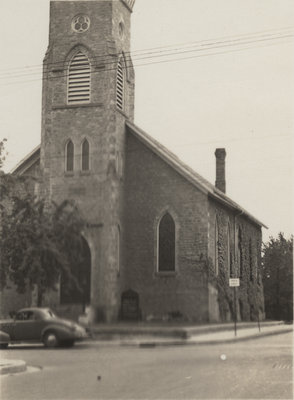