In 1999 a second campus, Laurier Brantford, opened in Brantford, Ontario. In 2006 the Faculty of Social Work moved to a century-old building in downtown Kitchener.
Date of Original
Between 1978 and 1980
Image Dimensions
Image Width: 25cm
Image Height: 20cm 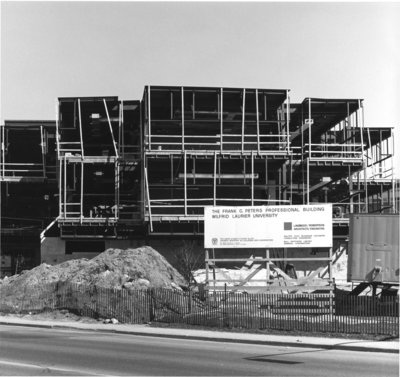