Media Type
Image
Item Type
Photographs
Description
Black and white photograph of Elizabeth Chapel representing the University of Windsor in the 1968 Miss Canadian University Queen pageant. She is wearing a formal gown and sash. Spectators are seated in the background. Chapel was the winner of the pageant. 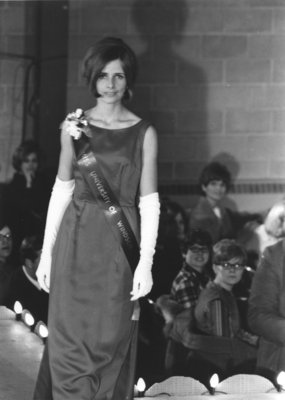