Creator
Hertel, James, Photographer
Media Type
Image
Item Type
Photographs
Description
Black and white photograph of a staff member in food services. She is serving food to two students who are standing at the cafeteria.
Notes
The photograph appears in the January 28, 1992 edition of The Laureate. 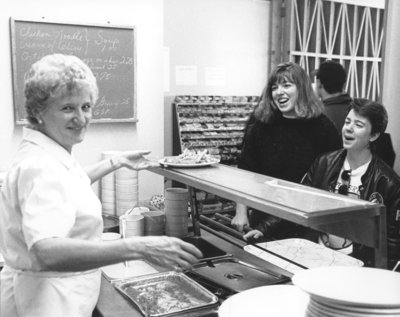