Home (Advanced) → What's New → Details
Letter addressed by Benjamin Bates (bearer of the memorial) to a Member of the Legislature, ca. 1812.
Description

Creator
Bates, Benjamin, Author
Media Type
Text
Description
A 14-page manuscript with the caption title "The following Letter was addressed by Benjamin Bates (bearer of the memorial) to a Member of the Legislature". The letter is a personal appeal made to a specific member of the Virginia Legislature, asking that the Quakers be excluded from serving in the military or paying a penalty. The letter often accompanied a Memorial and Petition of the Religious Society of Friends (commonly called Quakers) submitted to the Virginia Legislature, asking that they be exempted from military service or from paying a penalty for refusal to serve in the military, on the grounds that it conflicted with their pacifist religious beliefs. This was during the outset of the War of 1812 in the United States, where the failure of a national military draft prompted several states to recruit independently. Both documents were published in the Georgetown newspaper the Federal Republican on May 31, 1813.
Date Of Event
1812
Subject(s)
Society of friends. Canadian Young Friends Yearly Meeting-- History
Local identifier
SPCL RG 510
Language of Item
English
Copyright Statement
Copyright status unknown. Responsibility for determining the copyright status and any use rests exclusively with the user.
Contact
Brock University Archives
Email:dsharron@brocku.ca
Website:
http://brocku.ca/library/collections/special-collections-archives
Agency street/mail address: 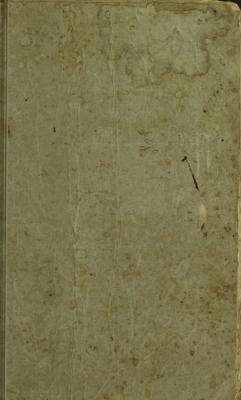