Creator
Marilyn Hill, Photographer
Media Type
Image
Item Type
Digital images
Description
A picture of the Brooklin Spring Fair logo that was used by the Fair from 1986-2010. Brooklin Spring Fair is written around a circle with a horse in the middle.
Notes
The Brooklin Spring Fair Logo was designed in November 1985 by 19-year-old Henry Zaluski, a George Brown Graphic Artist student from Oshawa, Ontario. Henry received a $100 prize for his winning design, which was selected out of 19 entries. This version of the logo was used from 1986 to 2010. 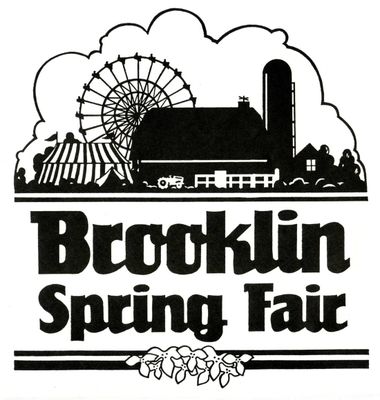