Helen Robina Foote was the daughter of Dr. Henry Solomon Foote (1840-1884) and Harriet Eliza Clarke (dates unknown). Because Eliza died when Helen was very young and her father was away in Texas, she was raised in Whitby by her grandparents, Dr. Jonathan Foote and Robina (Dow) Foote. Although Anglican, she attended Loretto Abbey in Lindsay where she received a gold medal in 1883 for "good conduct and honourable distinction in English Grammar, Literature and Composition." She was likely encouraged by the owner of the Lindsay Victoria Warder, Sir Sam Hughes, to write and publish poetry and did so under the nom de plume of Mizpah. She became a public school teacher and after the death of her grandparents moved to Huntsville, Ontario, in 1889 to teach. There she met and married Hugh McGrandle, a Dominion Land Surveyor, and had three children. She died after a short illness in 1902 and is buried in St. Andrew's Cemetery, Huntsville.

Her obituary in the Huntsville Forester on July 4, 1902, read in part: "The death of Mrs. McGrandle removes a most familiar personage from our midst. She has resided in and about Huntsville for some years having previous to her marriage taught school in this section. She had exceptional talent as a writer and very frequently articles from her pen appeared in the daily press. Her unique literary style is not unfamiliar to readers of the Forester for upon frequent occasions articles from her have appeared in these pages." 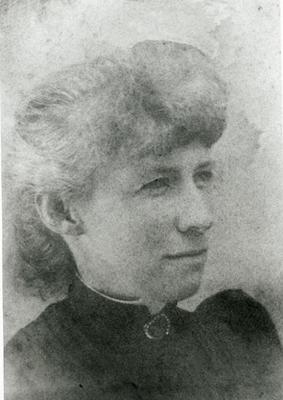