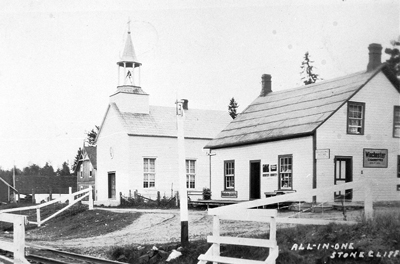 The first chapel to be built in Stonecliffe dates to 1849. It was erected by a lumberman named Roger Ryan.

This is a picture of the village of Stonecliffe prior its dismantling and relocation to higher ground in 1949. St. Zephirin's Parish is located next to the general store. 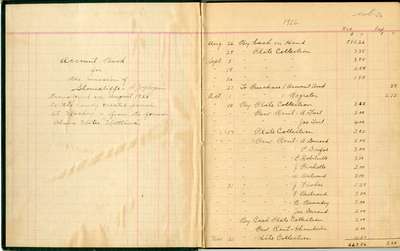 The Bishop's visits are documented in the record book. Approximately every three years, with his first visit documented on May 22 1929, the Bishop (Bishop Patrick Thomas Ryan 1916-1937) would document the number of boys and girls who were confirmed and the number of communions. He would also document the Priests who would travel with him for these ceremonies. Subsequent visits were on April 12, 1932, May 20, 1935, June 1, 1938 (Bishop Charles Leo Nelligan (1937-1945)), June 23 1940. 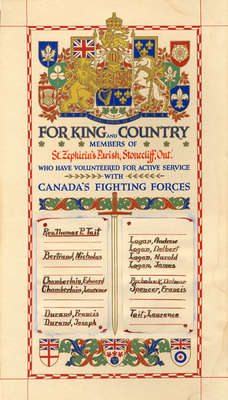 The Mission of Stonecliffe, St. Zephirin, and the Mission of Mackey, St. Narcisus, are beleived to be named after Bishop Narcisse Zephirin Lorrain, D.D. who was nominated Vicar Apostolic of Pontiac on July 14, 1882 and Consecrated on September 21, 1882. Bishop Lorrain blessed the mission of St. Narcisus in 1895.