Hiram Capron's Life
Main Menu → Next Page
Introduction
Pages
IntroductionCapron's early lifeCapron comes to CanadaFamilyThe Beginnings of ParisTroublesEnd of Capron's LifeReferences
“Near on to eighty years ago
New Paris had not much to show
Few houses then stood in a row
It all was bush and jungle.”
From “When Paris Was a Jungle” by Wally West, Bard of the Nith (Smith, 242)

In 1820, there was no town of Paris. Aside from a few scattered estates, and one gypsum mine, Paris was still very much a jungle (Johnston, 34).

By 1830, the town plot had been laid out and Paris was in the process of becoming a vibrant village – a large transformation for only ten years. This transformation was possible thanks to Hiram Capron, a man so well-loved he was good-humouredly known as “King Capron” in his day (Warner, 463). 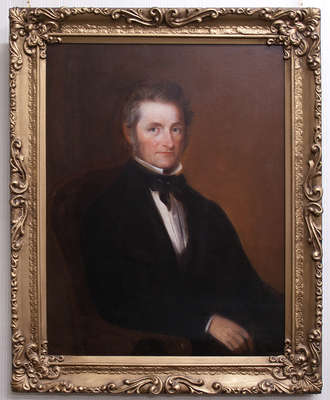