The Hawksfield Farm, located on Maple Avenue South, is an Ontario Farm House. The property was once 200 acres but now stands at about 112 acres. Many new additions have been added to the property but many of the original features still stand such as the stairs, railings, flooring and original porch on the side of the house. This home was in the Rapai family for 72 years until 2017 when it was sold.1

The upper storey was used as rooms for the harvest help and is now used as storage.

c.1900 - Cement porch was added to the front and side porches1 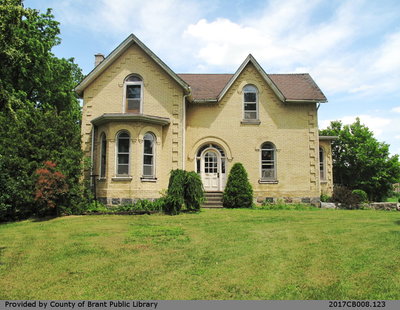