Media Type
Image
Text
Item Type
Photographs
Description
This item is a black and white photograph of Stanley Balkwill when he was a baby. He is wearing a white gown, sitting on a wooden chair, propped by pillows. The date of the photograph is circa 1921 to 1922. 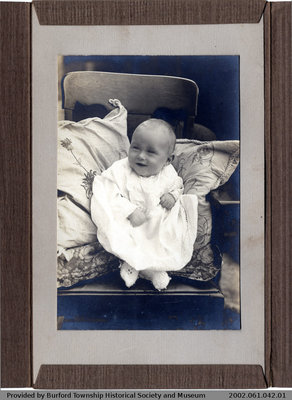 View Writing on Back of Frame