Creator
Robertson, Mel, Author
Media Type
Text
Item Type
Articles
Description
From the 1970s through the 1980s, Mel Robertson wrote many articles for the Burford Advance and Burford Times on the history of Burford Township. This clipping contains the article Weeks Ago describing local history events that happened on March 11, 1886. The article may not have been republished.

BY MEL ROBERTSON March llth, 1886 Scotland Scotland is flourishing under the new mayor (E.G.M.). Goods are away down and old varnish cans a way up. Note This is typical of the many rather cryptic items that appeared in the early Burford Times.

Apparently people would know who E.G.M. was and why he was called "Mayor. The reference to old varnish cans apparently was intended to be either funny or insulting

Whittaker is busy completing his contract with Brantford for 400 cords of wood. He gives more work to people than anyone else in the community and is to be congratulated. He also trades horses.

Scotland There was a horse fair last week and many trades were made. It ended with a trial of strength between J. Roswells horse and that of Ted Hall. Roswells horse won. Note Trading horses was a fore runner of the used car market.

Hatchley Our worthy merchant and hunter B. Powell has disposed of his stack of furs. He has been making up to XII a day hunting and this is real, good money. Note - Eleven dollars a day in 1886 was a fabulous sum. It exceeded the monthly salary of many. Houses could be rented for about $4.00 a month and a good building lot cost about $40.00. The best steaks cost about five or even 10 cents a pound. 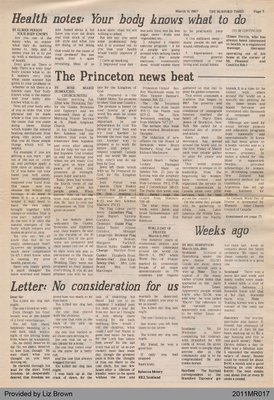