Salt Springs Church on the Grand River
Main Menu → Previous Page
Cemetery
Pages
Methodist Mission on the Grand RiverChurch BuildingChurch InteriorCemetery
In 1967, improvements were made to the Church grounds and cemetery. The sheds that served as shelters for the horses were removed, as well as several dead trees and the old fence. New trees were planted and a new storage building was erected.

The cemetery is adjacent to the Church and located on a spot that the Indians had used for a burial ground since 1822. When the Methodist mission settled on the Grand River, the cemetery was used as a place for burial for local residents and members of the congregation. It was enlarged in 1920 with a donation of land from Mr. T.J. Black. In the cemetery, there are the graves of two former ministers, Rev. William Ryerson and Rev. George Down, and many early settlers.

In 2011, a new iron fence was installed around the cemetery. 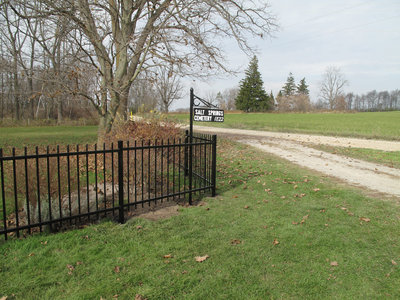 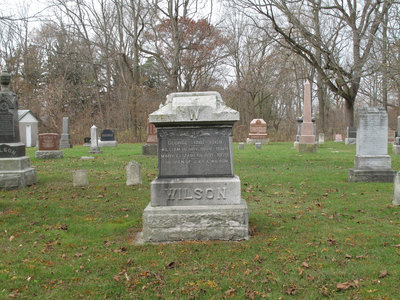 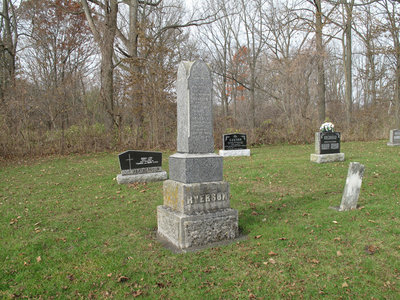 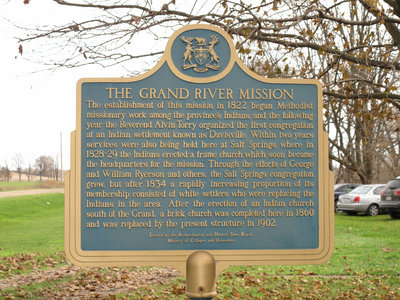