Salt Springs Church on the Grand River
Main Menu → Previous Page → Next Page
Church Interior
Pages
Methodist Mission on the Grand RiverChurch BuildingChurch InteriorCemetery
In 1933, during the 110th anniversary celebration, the Church was struck by lightning again, causing significant damage inside the building. Since then, the interior has been renovated several times. The original mural was painted in 1927, and restored twice in 1974 and in 2003-04.

Many articles of church furniture were donated by members of the congregation, including the silver baptismal bowl, the pulpit Bible and chairs, the baptismal font, the communion table, the Bible stand and the candelabra.

In 1973, the Salt Springs Church was recognized as a historic site by the Government of Ontario. The commemorative plaque erected by the Archeological and Historic Sites Board of Ontario was unveiled on July 22, at the 150th anniversary of the Grand River Mission. The ceremony attracted many dignitaries including Brant MPP Robert Nixon. 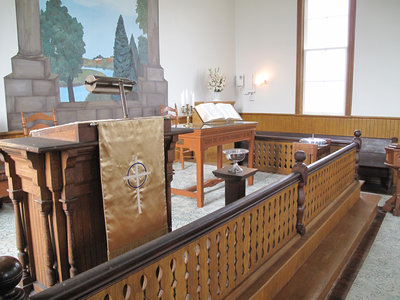 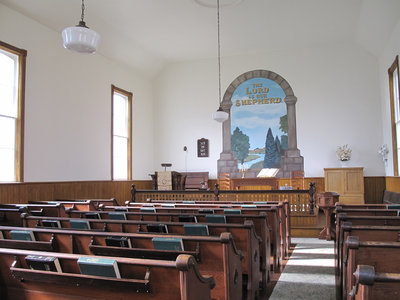 Interior view of the Salt Springs Church with the original mural painted in 1927. Details 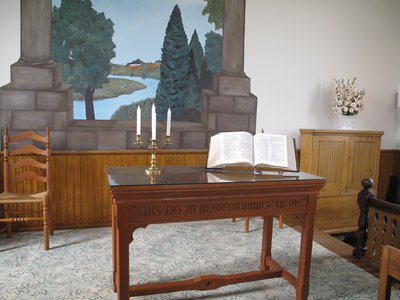 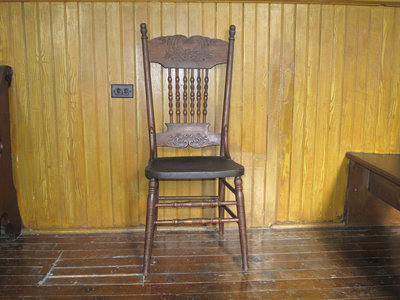 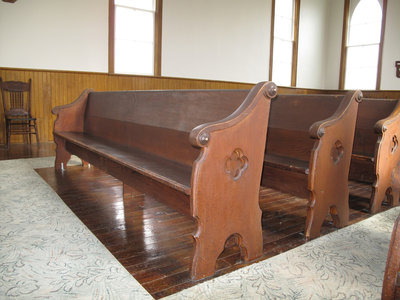