Early Settlers of Bethel in Brant County
Main Menu → Next Page
Introduction
Pages
IntroductionThe beginningEarly settlersThe Bethel Community
The essay, written by Ellen McAllister, was selected as the winner of the 2010 Alvin Marr Heritage Essay Contest. Many thanks to the County of Brant Heritage Committee, who gave us permission to add this work to our online collection.

The part of Brantford Township, bordered on the east by the Grand River and on the west by the Burford townline, now Bishopsgate Road, was one of the last areas to open up for settlement. Surveys were not made as early as Burford and Oakland Townships. Before the formation of the Brant County in 1852 land deeds had to be registered in Hamilton. This area was in Brantford Township, in the County of Wentworth in Gore District. The first settlers in Concession 2 and 3 began to arrive in the late 1830’s and early 40’s. 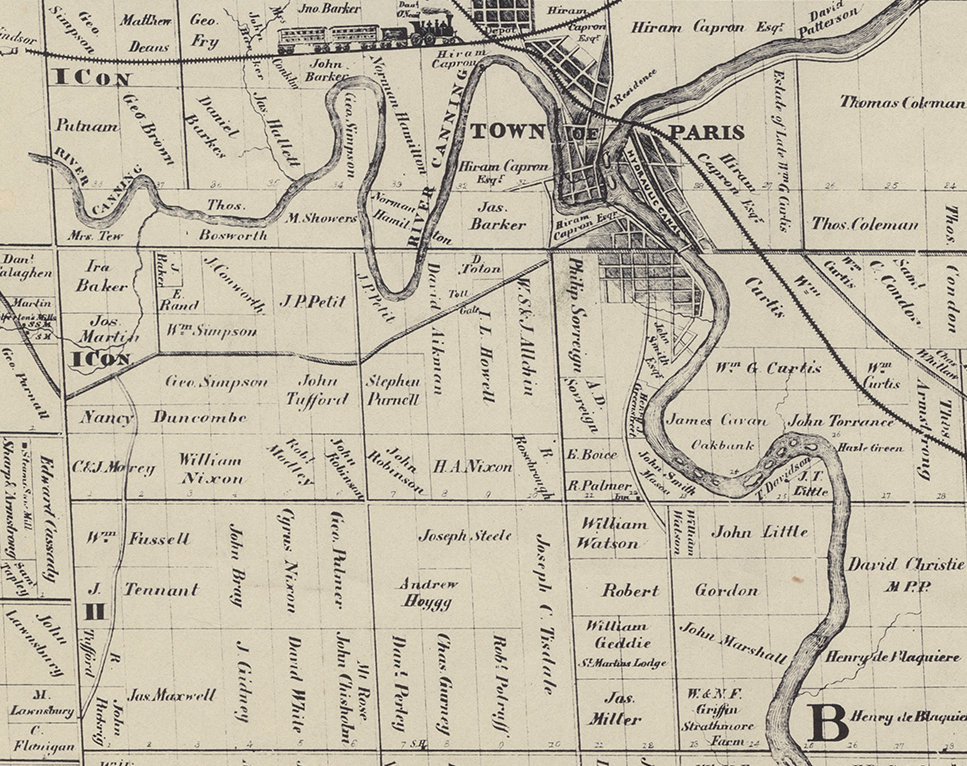 Concession 2 on the map of the County of Brant. (From the Brant County Illustrated Atlas, Published by Page & Smith: Toronto, 1875). Click on details to see full image. Details
Main Menu → Next Page
Powered by / Alimenté par