One of the major factors that helped the growth of Mount Pleasant was the improvement to transportation in the area. Just before the war, the government had been constructing a major road under Simcoe’s direction, and this was followed by many new roads in the years after the war ended (Jaeger 66-67). At the same time that roads were rapidly improving, the British government began encouraging settlers to cross the ocean to Canada (67). This led to the arrival of new names such as Bowes, Cooke (68) and Biggar (73).

With the arrival of new settlers, Mount Pleasant began to grow and prosper. Many of the established Mount Pleasant residents began to expand their farms and build more permanent housing; others joined newcomers in creating new enterprises, transforming the pioneer homestead into a thriving village (Jaeger 78). The village’s first hotel was opened by David Burtch, and it was joined by businesses including Abraham Cooke’s store, Elijah Haight’s mill (82), and others. 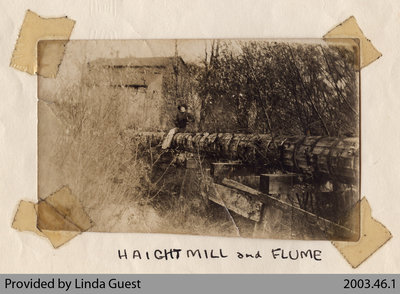 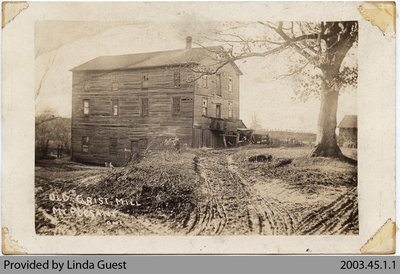