The Founding of Mount Pleasant
Main Menu → Previous Page → Next Page
The War of 1812
Pages
IntroductionFirst SettlementPioneer DaysThe War of 1812ReconstructionConclusion
While the early settlers in Mount Pleasant came to Canada in the aftermath of one war, they would soon find themselves facing a second struggle as hostility broke out once more between the Americans and British in the War of 1812.

Several of the Mount Pleasant settlers joined in the war. Henry Ellis, for instance, joined the war and fought against his former countrymen (Jaeger 54). At other times, the war came closer to home. Following a skirmish along the Grand River, American General Duncan McArthur was headed towards Malcolm’s Mills with the intention of destroying any infrastructure of use to the colonists. His path took him through Mount Pleasant, where he targeted Perrin’s Mill and burned it to the ground. The mill may have been targeted because of its value to the villagers, or because its owner, Captain Thomas Perrin, led the 5th Lincoln Militia which had distinguished itself in battle at Lundy’s Lane (59).

However, while the war harmed many of the settlers, it would also bring new families into the area. Many settlers from areas such as Niagara feared the American military and fled inland, seeking safer ground. Families such as the Burtch family and the McAlister family came to settle in Mount Pleasant as a result (Jaeger 55). Members of both of these families remain in the County today. 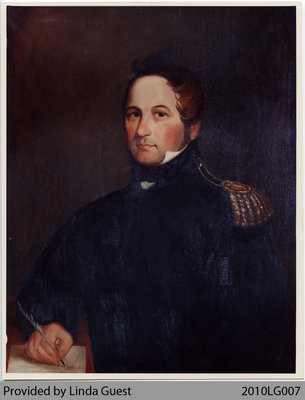