The Founding of Mount Pleasant
Main Menu → Previous Page → Next Page
Pioneer Days
Pages
IntroductionFirst SettlementPioneer DaysThe War of 1812ReconstructionConclusion
The two families followed the trails through British North America until they reached a plot of land near Brant’s Fording Place (present day Brantford). Henry Ellis, Amos Sturgis, and William Sturgis each leased a lot of prime land from Joseph Brant (Jaeger 39), which they would use to establish their farms. At this time, however, the rough land was completely undeveloped, and so the first settlers set about the most important first task – building a place to live.

Their first houses were rough log cabins, with walls built from notched round logs and floors and roofs made of rough boards and planks (Jaeger 40). These simple houses served two purposes. They not only gave the settlers a place to live as they began to work the land, but they also provided a way to begin clearing the land of trees so that the settlers could begin preparing the land for agriculture.

However simple these houses were, however, it was beyond a single family to construct one by themselves (Jaeger 40). Settlers would group together to have “work bees”, gatherings where they would work together to help build a new cabin. This was one of the few social events available for these early settlers, and they helped foster a spirit of community in the fledgling settlement. Once the Ellis and Sturgis families were established, they would help later settlers build homes of their own – for instance, for the Nelles family, the third group of settlers who arrived in 1804 (Jaeger 45).

Clearing the land and sowing the seeds of agriculture was a slow process. It would take six or seven years for these early families to build a more permanent home and plant their first crops. 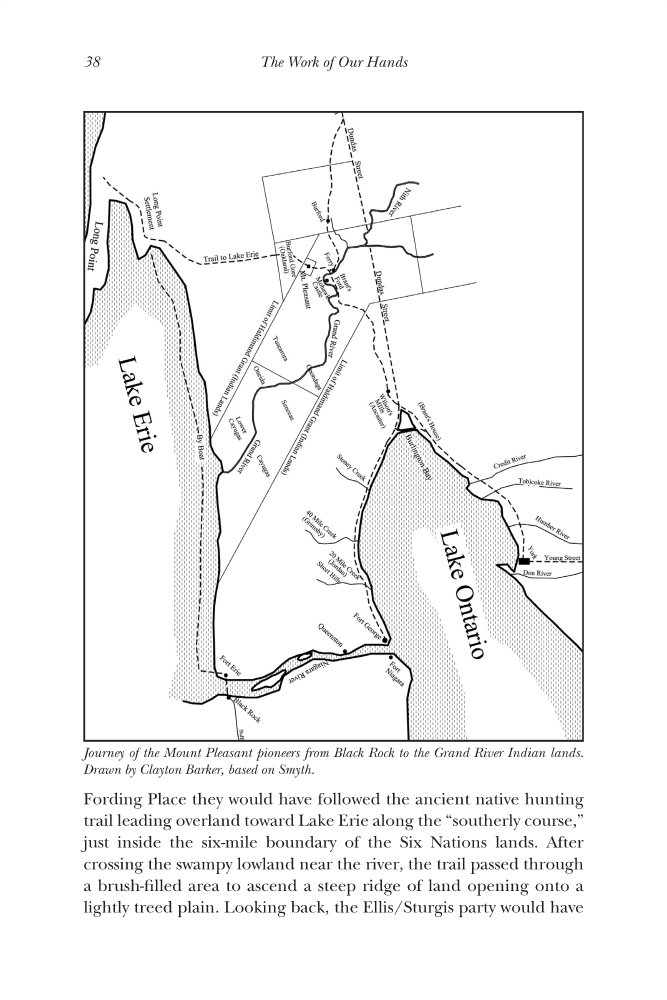 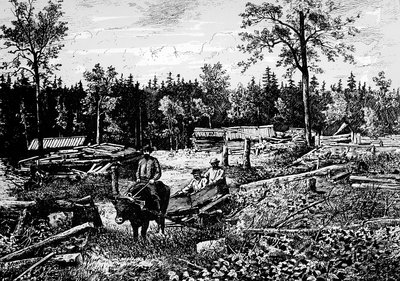